Signs of Gopher Damage and How to Control Them

Most Common Garden Animal Pests and Signs of their Damage - Gophers

For gardeners, it seems that the term “gopher” can mean a lot of things, so identifying exactly what you’re dealing with in your garden is essential before you make a plan of combat. Gophers that tend to damage gardens, lawns, and hardscapes are usually referred to as “pocket gophers” and are found all throughout the US. Not to be confused with the Minnesota state mammal endemically called a “gopher”, what is actually a 13 lined ground squirrel and rarely causes damage, the pocket gopher in contrast can wreak havoc on gardens.

Pocket gopher damage is easy to spot. They create wide shallow tunnels under sod and gardens, and make mounds of dirt that often don’t have any sort of access tunnel in them (just an annoying mountain of dirt in the middle of the lawn!). Sometimes you might catch some interesting and spooky activity in the garden beds where the plants are wiggling around like something is playing in them, but no critter is present above ground. That’s because a pocket gopher is eating the root system of that plant, which it will eventually kill once it’s had its fill of roots. Carrots, beets, turnips, potatoes, rutabagas, and most all underground storage root-plants are greatly loved by gophers, and one gopher will not only eat a lot of these things in one sitting, but they’ll also ravage these foods and store them in their tunnels for later.

Pocket gophers are all native mammals and have lived on this continent for thousands of years. Their crop and garden damage is a result of their ability to adapt to human settlement and benefit from it, and lack of wild space for them to live in naturally. Starting with simple barrier construction is recommended, as often times if the easy to get food is removed from the territory, the pocket gopher often willingly relocates itself elsewhere- where there is easy to get food. Building raised beds with hardware cloth lining the bottom and secured well to the sides of the bottom of the bed has proven to be a foolproof way to prevent a pocket gopher from eating plant roots. Again, eliminating access to food is the best way to deter pocket gopher activity.

Dogs are also highly effective anti-pocket gopher weapons, especially terrier breeds that have a natural instinct to dig in mounds and in tunnels. Dog activity alone will absolutely deter a pocket gopher. Exceptional cats have also been proven effective.

And finally, if eliminating access to food sources and pets isn’t working, there are specially made lethal gopher traps that do work. Inserted into fresh above ground tunnel accesses, a hapless gopher that attempts to circumvent the trap in the hole is immediately trapped and killed quickly. Peanut-butter baited rat-sized snap traps carefully inserted into a fresh hole will do the same thing.

Some people also find success in installing a barn owl house in their yard to attract a family of these natural predators of the pocket gopher.

Poisons can work but can pose a danger to pets, children, and passing animals that aren’t causing damage. These are easily found in home improvement stores.

One thing going for the eradication of the pocket gopher is its solitary nature. If you have what appears to be gopher damage, it’s highly likely your culprit is working alone, and you’re not dealing with an infestation.

We hope these suggestions help you deter your garden “guest” and you can enjoy your landscape without damage. 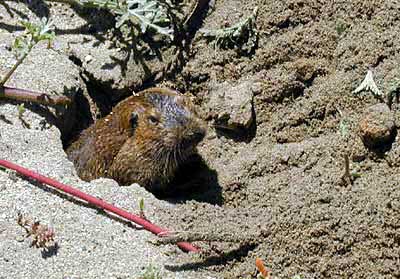 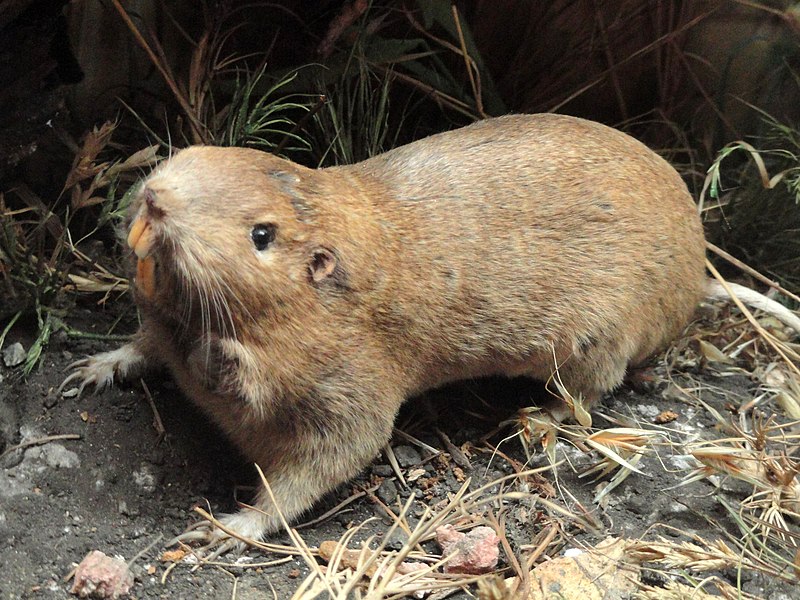