A common question that I get is how does vinca minor compare to vinca major.

While there are many initial differences in how vinca major is different from vinca minor, I will only touch on the differences in use that a homeowner would need to consider.

This is from my experience on growing vinca in landscape and utility settings. 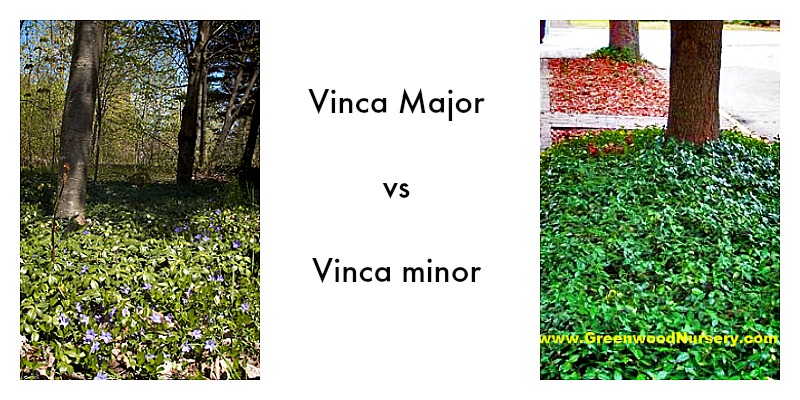 Vinca minor is an evergreen trailing ground cover plant that works nicely for landscape settings and erosion on hillsides and embankments. It offers mostly shiny dark green foliage with periwinkle flowers periodically from spring through summer. It is a strong grower though with some maintenance can be kept neat with little spreading into unwelcome areas. Also, called periwinkle vinca.

Vinca Major is a semi-evergreen ground cover plant that is a more aggressive plant. Though I would not use this vinca in a landscape or garden setting, it does have value in utility settings like controlling serious erosion in areas such as drainage ditches where little else will grow. Here in zone 7, vinca major goes dormant - so it dies back to the ground over the winter months. It's extensive root system keeps the soil intact during that time.

For more differences in vinca minor and vinca major, vist this information page with the U. S. Forestry Service.