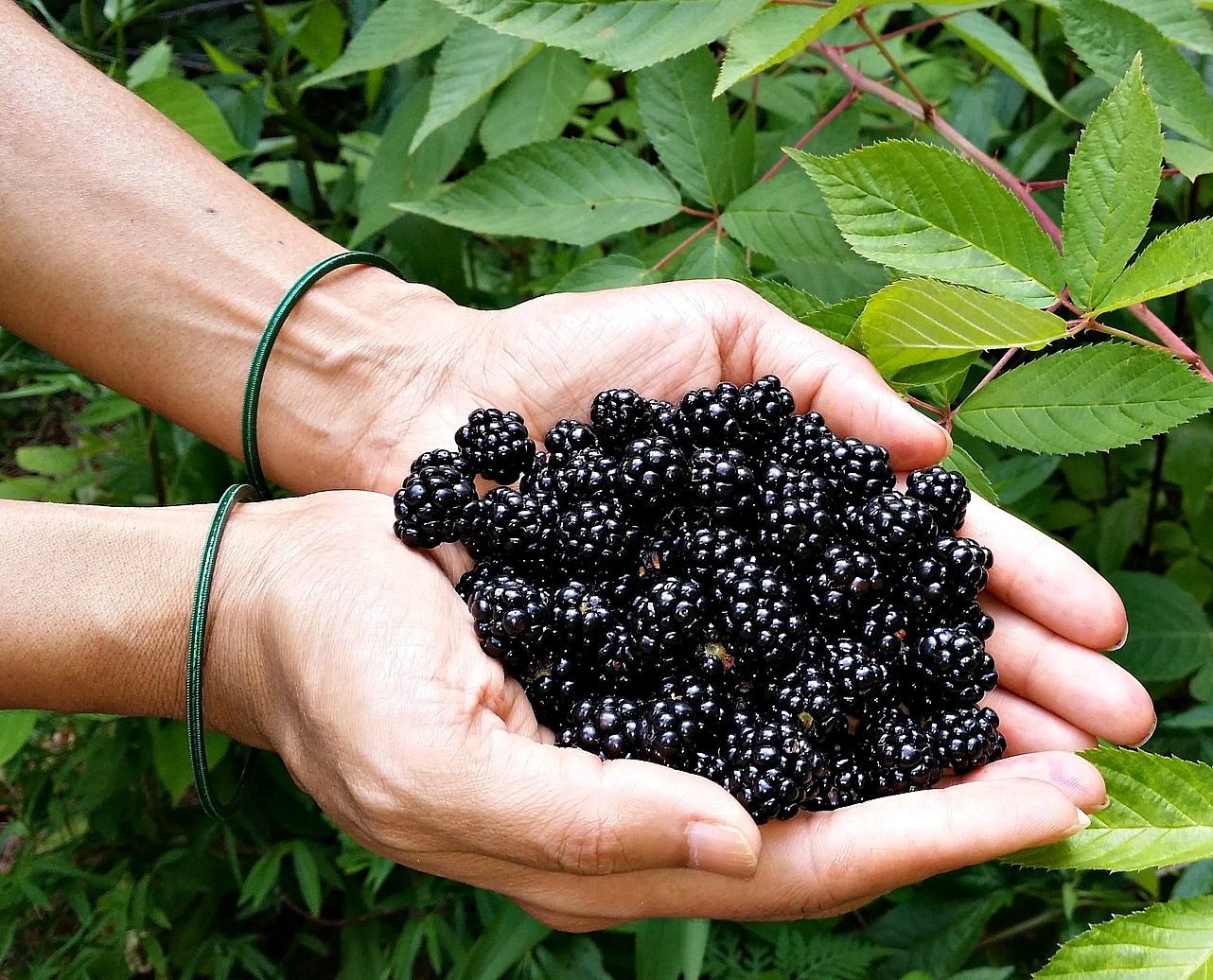 New to the market! Just released from the University of Arkansas, its breeder John R. Clark notes that the Ponca is the sweetest cultivar from the Arkansas program.

Ripens early - up to seven days before the Ouachita Blackberry in early June. The Ponca Blackberry plants have good commercial potential as well as a tasty delight for home gardens and orchards.

This thornless blackberry produces large sweet berries. Yield is comparable to that of the Ouachita which is estimated to be approximately 2 to 4 quarts per vine. Averaged just over 20,000 lb/acre in research plantings. (we do not have more information or how many plants there were per acre).

The Thornless Ponca Blackberry has shown to be disease free, exhibiting no orange rust nor anthracnose as well as limited cane or leaf rust. Chilling requirements unknown but expected to be approximately 300 hours. For more information on the field studies of the New Ponca Blackberry release, read here. Ponca Blackberry.

Click here for information on how to plant and grow blackberries.

Learn more about the Ponca Blackberry and its wonderful characteristics from its developer, Dr. John Clark.